Let me preface this by saying: I know I’m one of the lucky ones.

When Typhoon Hagibis barreled into the Kanto Plain at the weekend, at least 58 people lost their lives in the extreme winds and flooding. Over 10,000 houses were damaged by flooding, and more are still at serious risk from heavy rain and landslides. As of yesterday, 77,000 homes didn’t have access to electricity. The disaster has been particularly cruel to farmers of certain crops, like Nagano apple farmers whose crops have been irreparably damaged by the storm. It was the strongest typhoon to hit Japan in sixty years, although not the most deadly, thanks to improved weather warning systems1. 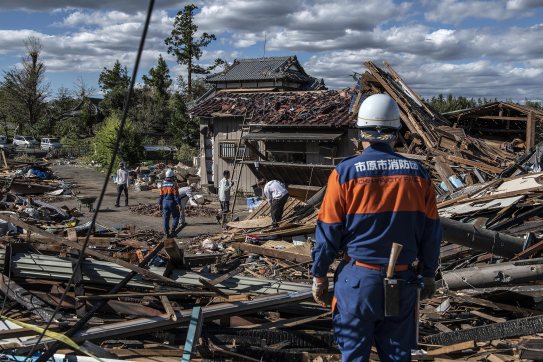 I’m deeply sorry for all those affected, including my Tokyo friends who had to evacuate their homes. It sounds like you’re all safe, but it must have been nerve-wracking, especially for those of you dealing with this for the first time. I was fortunate enough to be in Hiroshima, which this time around was unaffected by the disaster. This is a far cry from last summer, when Hiroshima Prefecture was the worst affected by flooding and landslides, with 113 deaths and thousands of damaged and destroyed homes. Back then, my suburb of Itsukaichi rode out that disaster unscathed, too. So I’m aware that I have a lot to be grateful for, and I’m sorry for complaining about my own minor troubles in the midst of a national tragedy.

But man, sometimes the winds conspire to blow your plans off course. 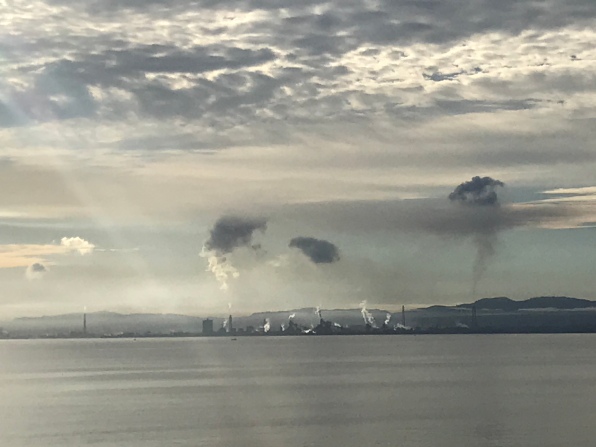 So long, and thanks- From all the fish

When I started organising Workaways, I couldn’t find reliably paid work at short notice. I did actually turn down one offer of paid work, because the contact clearly wasn’t reading my emails before responding, and was far too vague about details. Eventually I decided to bite the bullet and take on some volunteer work before moving on to paid work in mid-October. I piled on to my modest debt from travelling2 to buy transport, join in some leisure activities with my workaway colleagues, and buy more than a few drinks (my bad). I also booked a couple of hotels en route, and had to splash some cash on some life admin.

Then this morning, a day before I was due to travel to a fish market in deepest darkest Kochi Prefecture, I got an urgent message. I ‘d complacently thought southwest Shikoku was out of range of the typhoon, and in a sense it was- it missed out on the highest winds and flooding. But Shikoku still got very high waves and chaotic waters, and in the wake of the chaos, the fish have fled. The fishermen’s catches are far lighter than usual, and the market is at a virtual standstill. Just like that, my work dried up, and the only alternative was to volunteer at the rural guesthouse.

My initial response was disbelief. An ocean storm causing long term effects on fish stock? Cynically, I figured perhaps the whole thing was cooked up because they didn’t want to give me paid work. I know that’s an unpleasant response, but I’ve had a few difficulties with dishonesty in online job adverts, and my tendency is towards the cynical.

So I did a bit of research, and it turns out typhoons really do have major regional effects on fish populations. Some fish shoals will evacuate an area affected by a typhoon, and scientists don’t know how long it takes fish to return, or recognise the factors that affect that timescale. The whole topic is poorly researched despite its importance. Not only that, but because of climate change, these problems are probably getting worse. The upshot of this is that nobody knows when the market will be back to normal, and therefore there’s no clear path to payment.

So I’m in quickfire, damage repair mode. I’ve got a few options open to me in terms of places to stay, but so far nobody is offering me monetary compensation at this short notice. I’d staked quite a lot on having some paid work, and there’s definitely a life lesson in this. After a year of working in a highly structured teaching job, with relatively little flexibility, I’ve been trying to live more spontaneously. It’s worth remembering the price of that lifestyle, namely that you’re very vulnerable to ‘events, dear boy, events’3 (apropos Harold Macmillan). And you probably shouldn’t be in your overdraft when the typhoon hits.

I’m not quite sure how I’m going to dig my way out of this one. My freelance writing attempts have buffeted against a wall of silence so far. I just don’t have the funds to rent a new apartment and ride out several weeks of a new teaching job. If needs be, I can volunteer for a bit while I find something else, but I still have bills to pay. Anyway, I’m sure something will come up.

Looking back through my blog, you can see the scattered debris of a few plans that never came to fruition. There was that teaching assistant position in Sakai, and the long-desired visit to Ise Shrine to see the sacred heart of Shinto. I never did start that pottery class, or attend a tea ceremony, or fully infiltrate the Hiroshima music scene. Over time, a certain sadness attaches itself to this chronicle of cancelled plans. But it’s all part of the joyful chaos of life, I guess, and there have been unexpected pleasures along my winding path too. So here’s to the God of Chaos. May they leave me the fuck alone for a couple of weeks.

1- Typhoon Vera killed 5,000 people in 1959- back then, wind speeds were more difficult to calculate accurately.

2- because of the sudden offer of summer camp work, I never had time to plan my route thoroughly, or organise my stuff properly before I left Hiroshima. But maybe I still have more to learn about travelling on a budget.

3- Harold was the British PM from 1957 to 1963. He built a ton of houses, and is one of the rare Tories my dad doesn’t reflexively hate. Here, he was talking about the disruptive effect of sudden, shock events on long-term planning.